Dr. Anthony J. Limberakis, Commander of the Order of Saint Andrew, Archons of the Ecumenical Patriarchate Calls for the Immediate Release of Pastor Andrew Brunson from Turkish Prison 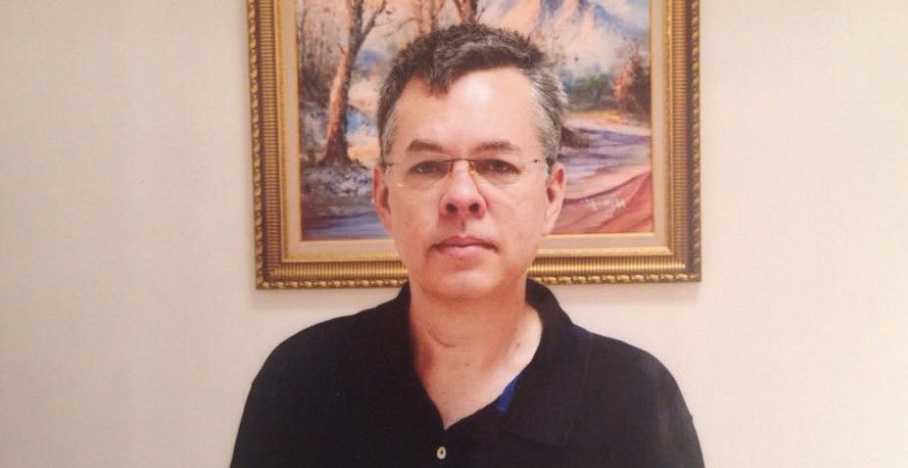 We note with sorrow that there has been little progress in Turkey regarding the unalienable rights that democratic nations take for granted. Chief among these is the freedom of religion, which the government of Turkey is brazenly disregarding in holding the American Pastor Andrew Brunson prisoner since October 2016. The Order calls upon the government of Turkey to release Pastor Brunson immediately and reaffirm its commitment to religious freedom as an unalienable human right.

The United States Commission on International Religious Freedom (USCIRF) explains that Pastor Brunson is “an American citizen and leader of a small Protestant Christian church who is facing up to 35 years imprisonment on false terrorism and espionage related charges.”

According to USCIRF, Pastor Brunson “was initially detained by Turkish officials on October 7, 2016 and accused of membership in an armed terrorist organization. On March 13, 2018, Turkish prosecutors indicted Pastor Brunson on terrorism and espionage related charges, seeking a sentence of up to 35 years’ imprisonment. His first hearing took place on April 16, 2018. Pastor Brunson has lived and worked in Turkey for over 22 years.”

The American Center of Law and Justice (ACLJ) explained the truth about the charges against Pastor Brunson: “Pastor Andrew is innocent. This isn’t a real trial — it’s a show trial. He’s being held as a political prisoner because of his Christian faith.”

The Turkish government, however, is not even allowing Pastor Brunson the right to defend himself against these false accusations. Instead, their proceedings against him on these trumped-up charges are as hollow and dishonest as the charges.

USCIRF Vice Chair Sandra Jolley attended the May 7, 2018 Turkish court proceedings against Pastor Brunson and commented: “We leave the courthouse with serious concerns. Today’s eleven hours of proceedings were dominated by wild conspiracies, tortured logic, and secret witnesses, but no real evidence to speak of. Upon these rests a man’s life. Worse still, the judge’s decision at the conclusion of today’s hearing to dismiss all of the witnesses called by Pastor Brunson’s defense without listening to a single minute of their testimony is simply unconscionable.”

The ACLJ, which also had a representative at the May 7, 2018 hearing, noted that, as at past hearings, “the first two witnesses were once again ‘secret.’ They had no firsthand knowledge about any of their testimony; it was all completely hearsay and conjecture. In fact, in what would have been stunning admissions in an American courtroom, all 7 witnesses testified that they had not personally seen or heard Pastor Andrew do anything.”

The Order applauds the statement of Senator James Lankford (R-OK), who spoke at the Third Archon International Religious Freedom Conference last December: “It is unconscionable that Turkey, a NATO ally, has unjustly held an American pastor in prison since October 2016…. If Turkey does not release Dr. Andrew Brunson, Congress stands ready to take necessary and appropriate action.”

The Order hopes that such action will be rendered unnecessary by the government of Turkey’s immediate release of Pastor Brunson, but is grateful for Senator Lankford’s attention to this all-important issue and determination to bring the plight of Pastor Brunson to the United States Congress. We hope that Congress will act as is necessary in this case, and that Turkey will choose freedom and respect for the human rights of Pastor Brunson over the alienation of its most important NATO ally.