Participants meet at the Greek Orthodox Archdiocese of America during the Archon Religious Freedom Summit. (Photos by J. Mindala) 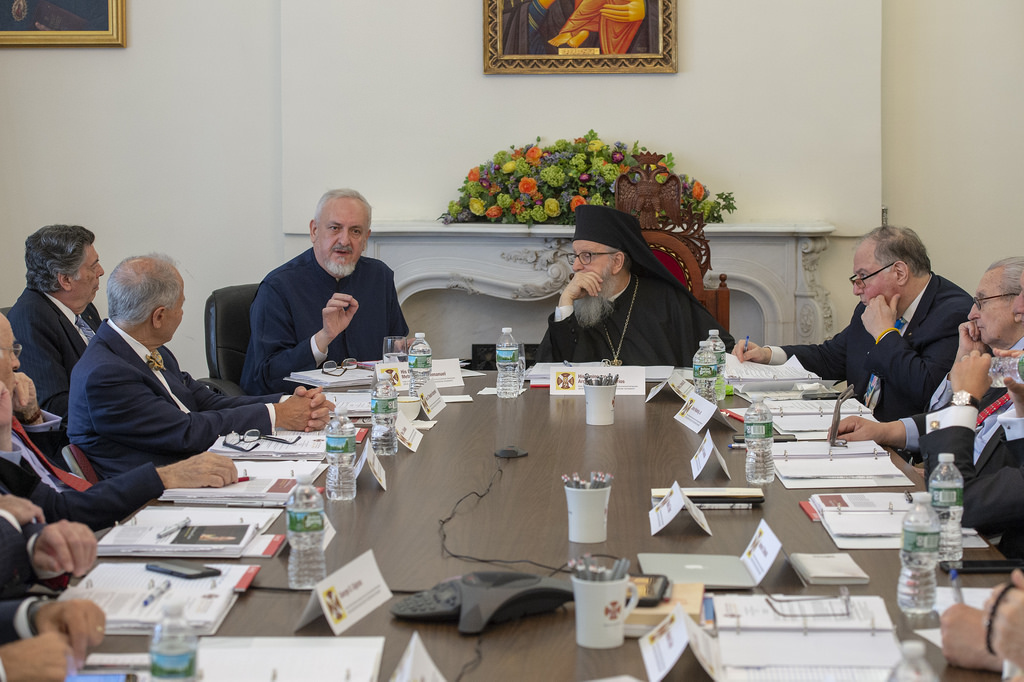 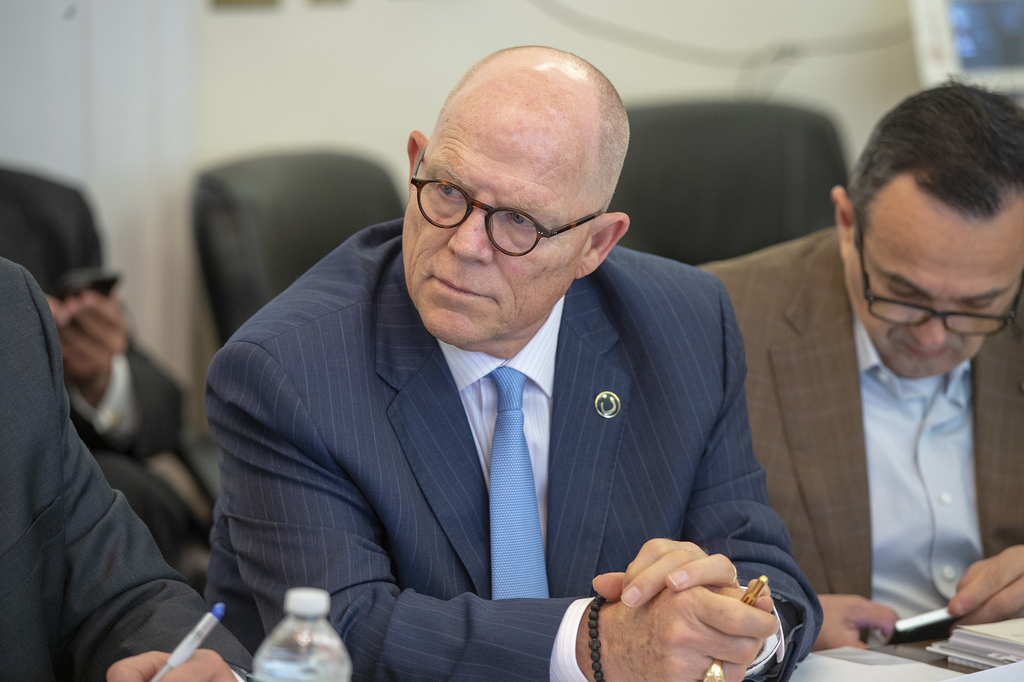 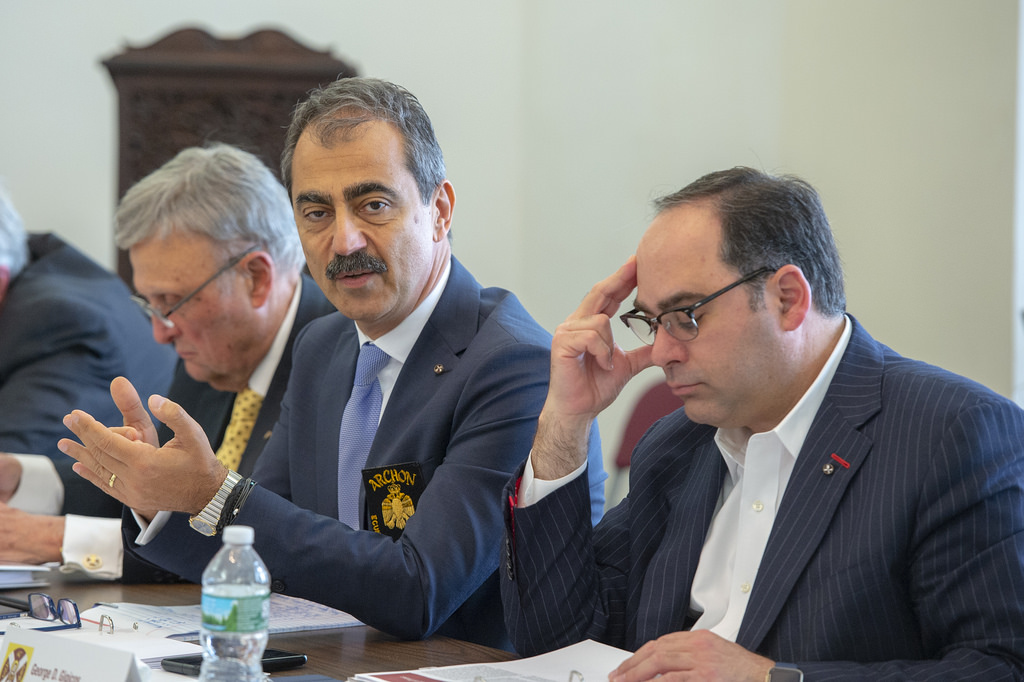 Participants of the Archon Summit 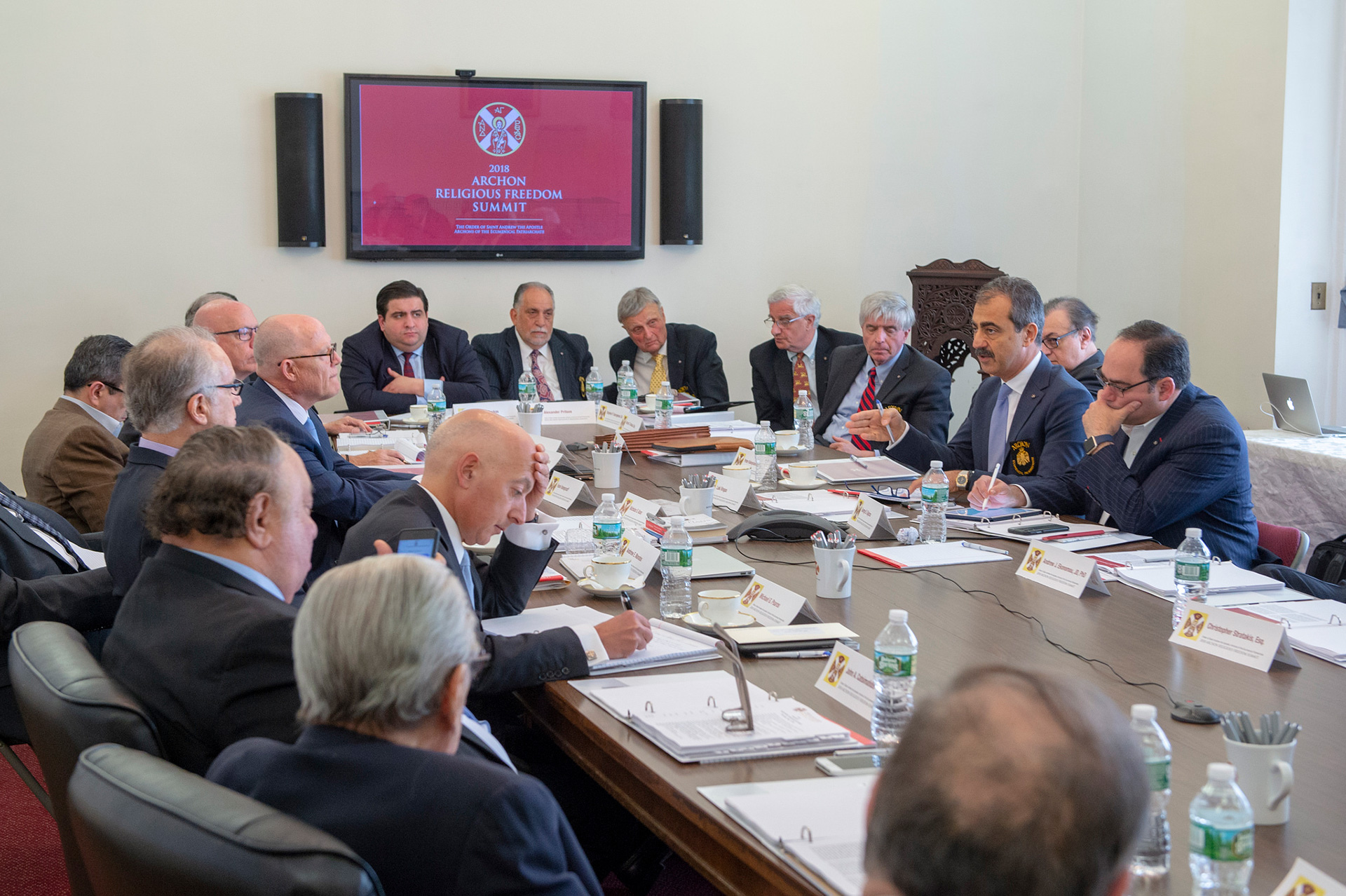 Recently, the senior leaders of the Archons of Saint Andrew met in New York in their indefatigable effort to assist the senior leader of the Orthodox Christian Church in the world – Ecumenical Patriarchate Bartholomew of Constantinople – to maintain his perilous perch in the Church’s most prestigious Sacred See in Istanbul.

The Order of the Archons of Saint Andrew – the “first-called” apostle and brother of Saint Peter, and the founder of the Christian Church of Constantinople – is a group of several hundred accomplished Greek Orthodox laymen, mostly from the United States. They have been drawn together by their devotion to their Church, and have dedicated their lives and all manner of their personal resources to the fundamental mission of promoting the religious freedom, well-being, and advancement of the Ecumenical Patriarchate in an often hostile environment. In the course of their efforts, they have been honored by the Ecumenical Patriarcharch himself for their service to the Church and the faith they share, with membership in the order of Saint Andrew.

Drawing strength from the exemplary wellspring of appreciation of religious freedom in the United States, they have supported the Ecumenical Patriarchate through decades of difficulties, providing the encouragement, moral leadership, and financial support that has enabled the institution to survive through difficult times, including pogroms, fire, and all manner of harassment and vandalism. Amidst a disturbing increase of the persecution of Christians in the broad area of the Holy Lands and the Middle East, the senior Archons met, as they have several times done in years past, to update themselves on current conditions, identify the most pressing problems, and develop strategies to address these matters. In this effort, they were joined by a handful of churchmen, diplomats and academic and former governmental experts. All told, the group totaled 30 concerned Orthodox Christians, who were guided all day by Archbishop Demetrios of America at the Archdiocese headquarters in New York City.

The Order of Saint Andrew has consistently identified five principal issues of concern regarding the plight of the Ecumenical Patriarchate in its relationship with host Turkish government: 1) the lack of any legal identity afforded to it by the Turkish state; 2) the closing in 1971 of the Patriarchate’s theological seminary and the resultant inability to train new clergy; 3) confiscation of thousands of properties by the host government; 4) interference in Patriarchal elections; 5) the non-recognition of the Patriarchate’s historic and venerable “Ecumenical” status. All these conditions are fundamental abridgments of religious freedom. They also go to the very core of this ancient religious community’s very ability to survive. They are, correspondingly, matters that lay at the heart of the work of the Archons, and were at the center of the day’s discussions.

In addition, related matters of persecution of Christians throughout the broader geographic region were addressed, both in fact-finding and in strategy-making. Central to this issue is the ongoing trial in Turkey of U.S. citizen and Protestant pastor Andrew Brunson, who has lived and worked in Turkey as a minister of religion for over two decades and has now been charged by the government with “illegal activity.” Linked with the Archons by a conference call, famed American religious freedom champion and attorney Jay Sekulow, Chief Counsel of the American Center for Law and Justice, who is helping to represent Pastor Brunson, briefed the group on the ongoing trial in Turkey and the conditions there that add to concerns of oppression of Christians in Turkey and neighboring countries.

The Archons emerged from the day having absorbed much information and insight, and used it to help articulate concerns and form new strategies. Their goal is to now develop a 2018 strategic plan for the Order of Saint Andrew’s Religious Freedom Initiatives, that will serve as the roadmap for their efforts in the next three years.